Have you ever seen a bluebird and a bluejay and wondered what the difference was? Or maybe you were just curious about how these two common blue birds are related.

In this blog post, we will explore some of the key differences between bluebirds and bluejays, as well as similarities in behavior and habitat. So, let’s get started!

Key differences between these two birds; Bluebirds are smaller than bluejays and have a more delicate appearance. They also have lighter plumage with less blue in their feathers. In contrast, bluejays are larger birds with heavier bodies and brighter plumage. When it comes to behavior, bluebirds are shy while bluejays can be quite aggressive.

On the other hand, the color pattern of bluejays is quite distinctive. There are different shades of white or light gray below and blue, black and white above.

The head and crest are blue in color with a black necklace running from the crest to the neck and the black eyeliner gives them a brighter look.

The back, tail, and wings are primarily blue with black bars. The legs and bills are black. Females are similar to males but usually have a smaller crest and less color on the neck and back.

The Eastern Bluebird has a rounder head and plumper body, while the Blue Jay has a more elongated face and slimmer body.

Blue Jay’s tail is more tapered than the Bluebird’s, and its legs are also longer in proportion to its body.

Bluebird vs Bluejay: Size and Lifespan

The Bluebirds are typically between sparrows and robbins in size, while bluejays are smaller than crows but larger than robins.

The average lifespan of a bluebird is 6 to 10 years, with the oldest known wild individual living 10 years and 5 months.

In comparison, the average lifespan of a bluejay is 7 years old, with the oldest known individual living for 17 years and 6 months. one captive female even lived for 26 years and 3 months.

Bluebirds perch upright on wires, branches, posts, and in the open country, while bluejays typically make a lot of noise and are known to fly across open areas silently.

Most notably in fall and winter, bluebirds eat berries which they gulp down while perched on fruiting trees.

Whereas bluejays will stuff food items in their throat pouch to cache elsewhere while eating, they also carry seeds or nuts in their feet and peck them open.

To attract these birds to your feeder you can give them other foods like suet, corn, dried mealworm, sunflower seeds, including peanuts.

The song of bluebirds and bluejays may both contain elements of clicks, chucks, and whirrs, but there are some key ways in which they differ.

For one, the bluebird song is generally much shorter than the bluejay sound, lasting only about 2 seconds compared to the bluejay’s 2-minute singing.

The bluejay song is typically lower-pitched and warbling. It is often considered a soft whisper.

Eventually, a bluebird’s song consists of several phrases made up of 1-3 notes. Whereas, the bluejay song is typically a conglomeration of many different sounds.

Though they may share some similarities, the two kinds of birdsong are easily distinguishable.

Though both the eastern bluebird and the bluejay are types of songbirds, their most common calls could not be more different.

The bluebird’s call is soft and low-pitched, with a querulous tone, while the bluejay is loud and harsh.

The difference in calls serves a different purpose for each bird. The bluebird uses its call to keep in touch with other birds or to signal to nestlings that adults are bringing food, while the bluejay uses its call to scare off predators.

However, they can also make clear whistled notes and gurgling sounds. In addition, they frequently mimic hawks, especially Red-Shouldered Hawks.

Though both the female bluebird and bluejay weave together grasses and pine needles to make their nests, the bluebird takes care to line her nest with fine grasses, horse hair, or turkey feathers for extra comfort.

On the other hand, the bluejay’s nest is more simplistic, often taking the form of an open cup of twigs, grass, and mud with rootlets lining the inside.

The clutch size of both birds is from 2-7 eggs. The color of bluebird eggs is pale blue or, rarely white, while bluejay eggs are bluish or light brown with brownish spots.

Interesting facts about a bluejay

The bottom line is that both bluebirds and bluejays are beautiful, unique birds that have a lot to offer. If you’re trying to attract either one of these birds to your backyard, be sure to put out the type of food they prefer and provide adequate nesting sites. And if you’re just looking to enjoy watching these feathered friends, keep an eye out for their telltale signs so you can distinguish between the two. 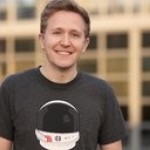